I have been asked to post this article written for the Nazarene Theological College ‘Link’ magazine:

Recently I heard a canon of Manchester Cathedral comment that his experience of the Church in Manchester was of congregations of multi-racial and multi-cultural membership. Someone observed that this is probably an urban phenomenon, and would not be the case across the whole country.

The comment set off a train of thought in my mind. In 1981, when I arrived in Manchester as pastor of the Carmoor Road Church of the Nazarene, I found a small-but-not-too-small congregation that included people from many parts of the world as well as all over the UK. I discovered this diversity was unusual in the city, finding only one or two churches in our very mixed part of the city that reflected that mixture in any way. Indeed, African Christian students would often come to our church after first visiting churches (consisting of a handful of people) of their own denomination (where their churches numbered hundreds of members), reporting that they had been politely told that they ‘might be more comfortable somewhere else with people of their own kind’. They were often in shock at what they found in their Mother Church.

We wanted to reach out to our community. Given the significant proportion of our community that was West Indian, we wondered if we should focus reaching out to that ‘homogeneous people group’. We decided, however, to affirm our multi-racial and multi-cultural make-up as our strength: we would witness to the variegated image of God by our variety. The church did not grow rapidly, but it grew to accept diversity as normal.

The Manchester church was my introduction to the joy of worshipping and learning with the diversity of God’s people. My whole life of service since has been in multi-cultural settings, teaching in three Nazarene educational institutions all serving diverse nations, and returning to be a part of that Manchester congregation. It has become so much the norm that I feel a sense of shock when I find myself in a single-culture setting—which can happen by travelling only a few miles from my church.
What has happened in nearly 40 years? On one hand, church membership as a whole has continued to decline in Britain at an alarming rate. On the other hand, immigration over the past twenty years—under the generous and highly criticized policies of the government of the day—has brought a significant number of active Christians into the cities. An unexpected result has been the breath of new life these committed believers have brought to the often-dying local churches they have joined. Many have embraced the newcomers, and such churches are growing. It is a matter for thanksgiving and praise to God that diversity has become the norm across Manchester!

This is not a commentary on immigration policy, but an observation from its impact. And there are lessons to be learned from the debate over immigration that grips so much of the West right now. How do we respond to ‘the Other’ on our own territory? The tabloids, as well as prominent politicians, tell us to be afraid, to reject, and expel the Other—the ones not like us, whom we deem a threat to our own existence. What do we do when we discover that so many, even among those deemed ‘illegal’ and arriving via leaky boats, are brothers and sisters in Christ?

I have come to the conviction (that is not too strong a word) that God intends us to be all mixed together. The sin of Babel was the human attempt to be one homogeneous unit—one language, huddling together in one place. The work of the Spirit in Acts 2 brought languages and people together into one new whole. In fact, the whole biblical story of is one of migration—Abraham, Isaac and Jacob are all migrants who settle in foreign lands; Jesus was a (likely undocumented) migrant to Egypt as a child. 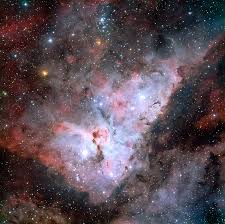 The New Testament text that comes to my mind on this point, however, is 1 Peter 4:10, where the church is urged to be ‘good stewards of the manifold grace of God’. That word ‘manifold’ can be translated ‘variegated’, ‘diverse’, ‘pluriform’, or ‘many-coloured’. It is the same word used of Joseph’s famous coat, in Genesis 37. Peter’s focus is on the grace-gifts God gives which we are to give to each other. To me, when I look at the Sunday gathering in my own church (the same I came to those years ago), it describes the image of God, the imago Dei. Our tendency is to read Genesis 1:26 as speaking in the singular, of an individual image: ‘I’ am created in the image of God. But the fact is, the image is ‘male and female’, and can only seen fully in the whole of humankind and our manifold colours. ‘I’ am incomplete on my own, a partial picture of how God created us; ‘we’ fill out the picture, each adding our part. As the Godhead is triune, and diverse, so is His creation.

This translates into my everyday life as curiosity. When I meet someone different than me, or different than I have met before, rather than fearing the unknown I am curious to learn how this person expands my understanding and experience of the image of God in the human. In the past few years this curiosity has extended towards Muslims of many sorts. The experience has added more colour and texture to my sense of what God has done, confirmed my expectation that God loves them too, and expanded my wonder at the grace of God in Christ.

The Holiness Movement, of which I am an heir, stressed the meaning of holiness as separation—separation from sin, and, in its sectarian phase, separation from the world. At times it fell into a rather Pharisaic emphasis on keeping pure by avoiding any contact with the impure. A grave danger of the holiness-as-separation view is that it leads easily to other kinds of separateness, including racial and national, until churches become excluding rather than welcoming of strangers. When diversity is deemed a bad thing, as we are seeing in much of our world today, God’s grace becomes diminished to an unattractive narrow, monochrome, homogeneous spirituality of fear and reaction. But, when we catch a glimpse of the riotous diversity of sacred life springing from the creative Word, we can do nothing less than cry out, ‘Holy, holy, holy’!