At the end of the 2016 MCSCI Conference, “Evangelical Responses to Islamic Revival”, there was a review of all the main content that had been presented during the 3-day event. Anchored by Dr Dwight Swanson, Co-Director of MCSCI, this aimed to give a brief summary of everything that had gone before.

This 20-minute recording may be a good starting point for you if you are new to the field, want to know which speeches might interest you further and the ethos of the whole event.

Listen to the summary

This is a recording of the speech, which has been edited for clarity and to remove some questions (which could not be heard over the microphone).

The speech “Christian Responses to Islam in Europe” was given by Gordon Hickson. Gordon is the National Co-ordinator for Mahabba.

This will be the final speech at the MCSCI Conference in January 2016.

Listen to this speech

This is a recording of the speech, which has been edited for clarity and to remove some questions (which could not be heard over the microphone).

The last generation of responses to Islam in Britain and Europe have largely tended to feature the specialists and returning missionaries who have worked overseas with Muslim people groups.

The landscape across Europe has now changed making it imperative that we find God’s strategy to awaken the sleeping giant of the church, out of its fear or often indifference, and enable them to see local Muslim people as incredible “treasures in darkness” that are surrounding us, longing to really know God, and have an encounter with him.

Gordon will talk from his personal experience from the perspective of Mahabba, which is motivating and mobilizing a new generation of ordinary Christians who are willing to sacrificially pray for and reach out to their Muslim neighbours. Both the Polemic and the Irenic responses have been used successfully, so we will talk through the dynamics of our responses and the opportunities that are facing us.

When can I hear him?

Gordon is expected to bring the conference’s final speech, “Christian Responses to Islam in Europe”, on Saturday 9th January 2016 at approximately 9:30am. Day visitors are asked to arrive no later than 9:15am to allow time for registration.

Please note that all times are given as-planned in good faith, but the schedule may be amended without notice if required.

Gordon Hickson comes from a military and business background working across the Middle East. He then worked for 5 years in Africa and Asia as the International Campaign Director for Reinhard Bonnke, working into a number of Islamic Cities. On his return he became an Assemblies of God Minister, and their Missions Director for the Muslim World.

After many years of pastoring, he travelled extensively ministering with Heartcry, the Ministry developed by his wife Rachel, as well as setting up the London Prayernet as a 24/7 prayer shield over London. For several years he also travelled with Bro Yun, the Heavenly Man, before finally being hi-jacked by God into the Anglican Church!

In 2005 he was ordained in the Anglican Church, and served for almost 6 years as Parish Vicar of St Aldates Church in Oxford, where he set up the ministry of Mahabba with Tim Green.

Since 2012 he has been the National Coordinator for Mahabba, motivating and mobilizing ordinary Christians to unveil Jesus to Muslims. He is married to Rachel who runs her Charity “Heartcry for Change”, and they have four grandchildren and two married children, Nicola who has just planted a new Hillsong Church in Melbourne Australia, and David who is working into Zimbabwe with a heart to see the Nation restored.

The Christian community in Pakistan has been in the news for very bad reasons over the last few months. I now wish to share something of the courage, perseverance & loyalty of the Christians in Pakistan. 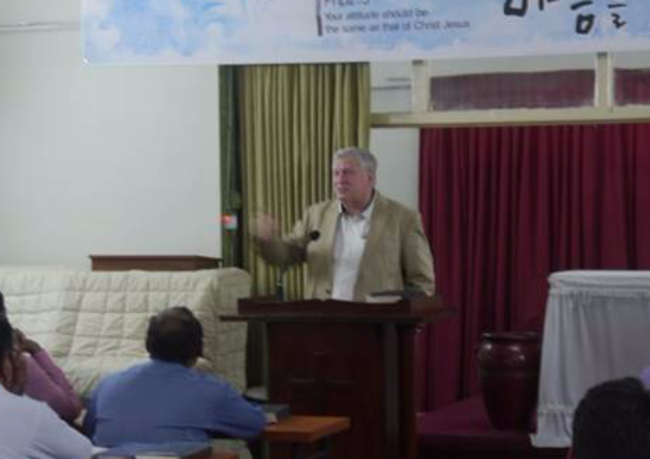 I and two friends spent four days in Karachi, leading a retreat at a theological college, speaking to students and staff, and clergy in the Diocese.
We were very encouraged by the students’ enthusiasm and commitment. 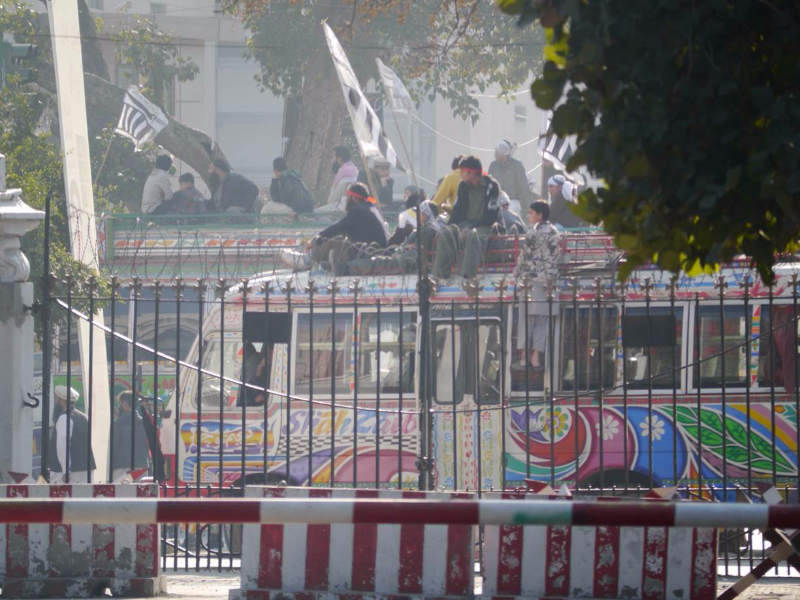 The Diocese of Manchester has a formal link with the Diocese of Lahore, and we flew there to build on this link.
One of our party was interested in exploring how to creatively help community development in Lahore’s Christian communities.

I had three main aims:

We achieved all three – I interviewed seven possible students, and a two-year distance learning course is planned for them (subject to funding).
I contacted three publishers, and their products should be on sale in Manchester soon, and the links between Manchester and Lahore grow stronger every visit. 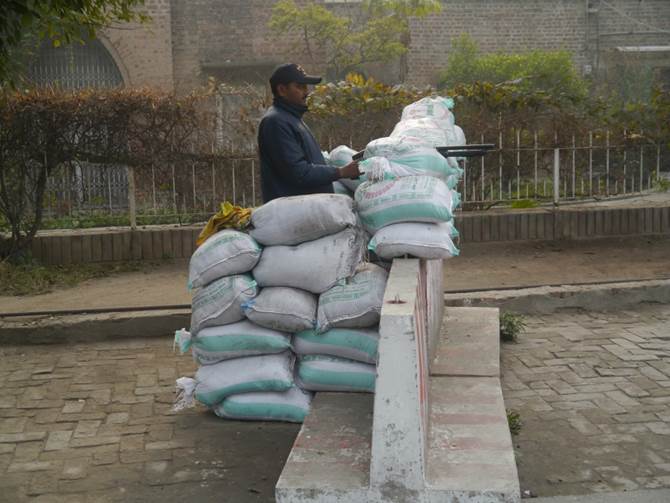 132 children & staff were killed at an Army school in Peshawar a month before I arrived. The tension was considerable and the army were on the streets.
Every school now has higher walls, razor wire, roof-top snipers & armed guards. Christian schools are especially warned, but children continue to come.

Before heading home, I shared in some interfaith dialogue, and also met some Believers from a Muslim Background – two of them evangelists in their home areas. 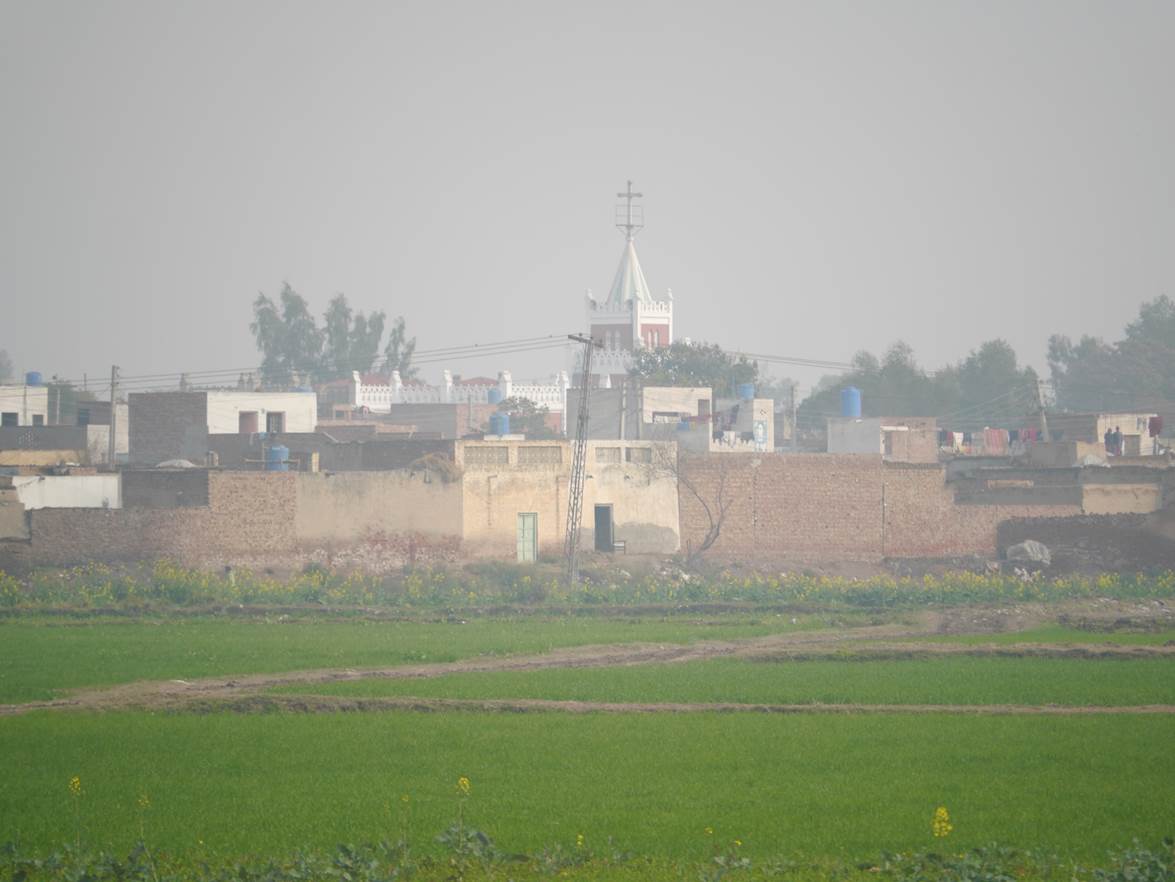 It was a very exciting trip, and I look forward to developing the links with the Church in Pakistan, and ask you to pray for the brave Christians there, as they face constant discrimination, and sometimes severe persecution.

Thanks for your support.

Last week, MCSCI hosted one of several seminar days currently planned across the UK titled “Joining the Family“.  The seminar days were prompted by the discussions of a nationwide group of around 40 people.  The initial group, both Christian Believers of a Muslim Background (BMBs) and members of the churches they joined, fleshed out the issues in Birmingham last May (2013).  They covered both concerns around knowing how to help new BMBs, and also how to answer questions from Muslims.

This time, about the same number of people based around Greater Manchester, met to share the knowledge gained – not just in that initial discussion, but also the everyday experience of people from churches across the city.

The aim is that the core “Joining the Family” group will produce resources including a teaching course for churches to both understand the issues and to be equipped to help new disciples of Christ.

Here are some of the findings from the day:

Implications for new BMBs range from a new ‘voice’ – especially for women, to a loss of honour & community persecution.  There may be confusion over what is Christian rather than Western, in areas such as how genders relate to each other.  Despite a passion to learn, there may be issues to deal with including lies or misleading information BMBs have previously heard about Christianity.

The group drew up various ideas of what the Church could and should do to support BMBs, both internal (respecting and knowing our own scriptures) and external (encouraging BMBs to continue their own culture rather than becoming fully Westernised, learning the power of an honour/shame culture).

If you want to know more about the Joining the Family programme and the planned teaching course, please contact us and – if you have not already – sign up to receive our newsletters.